Is music really haram? I'm not talking about the Rihannas "Wild Thoughts" kind of music, more of peaceful piano, flute, violin, ancient music. The kind of music that doesn't give off sexual vibe and stuff, but the music that adheres peace, you know?

[Below is a quick survey of opinions on this matter gleaned from Arabic-language sources. I may eventually write out a full essay on this, although it is not one of my topics of interest, since the permissibility of music is such an obvious thing that it is almost not worth talking about.]

tolerated musical instruments played by some girls and did not prohibit them.

Abu Bakr came to my house while two small Ansari girls were singing beside me the stories of the Ansar concerning the Day of Buath. And they were not singers. Abu Bakr said protestingly, "Musical instruments of Satan in the house of Allah's Messenger (ﷺ) !" It happened on the `Id day and Allah's Messenger (ﷺ) said, "O Abu Bakr! There is an `Id for every nation and this is our `Id."

The musical instrument referred to here is the daff (tambourine) according to other narrations:

This hadith has been narrated by Hisham with the same chain of transmitters, but there the words are:

" Two girls were playing upon a tambourine."

that he heard the Prophet (ﷺ) saying, "From among my followers there will be some people who will consider illegal sexual intercourse, khazz (a type of clothing), the wearing of silk, the drinking of alcoholic drinks and the use of musical instruments, as lawful. And there will be some people who will stay near the side of a mountain and in the evening their shepherd will come to them with their sheep and ask them for something, but they will say to him, 'Return to us tomorrow.' Allah will destroy them during the night and will let the mountain fall on them, and He will transform the rest of them into monkeys and pigs and they will remain so till the Day of Resurrection."

That hadith comes from an extremely precarious chain (it has no supporting chains), so it has no power to override other hadiths that mention the Prophet

tolerating musical instruments. This hadith is easily one of the lowest-quality hadiths mentioned in Sahih al-Bukhari. It is strange that Imam al-Bukhari chose to include it. It seems almost certain that he recognized its low quality but included it for polemical reasons (because he himself believed music to be haram).

In order for a hadith to prove a point beyond reasonable doubt, it should come to us in the form of a binary tree chain, as follows: 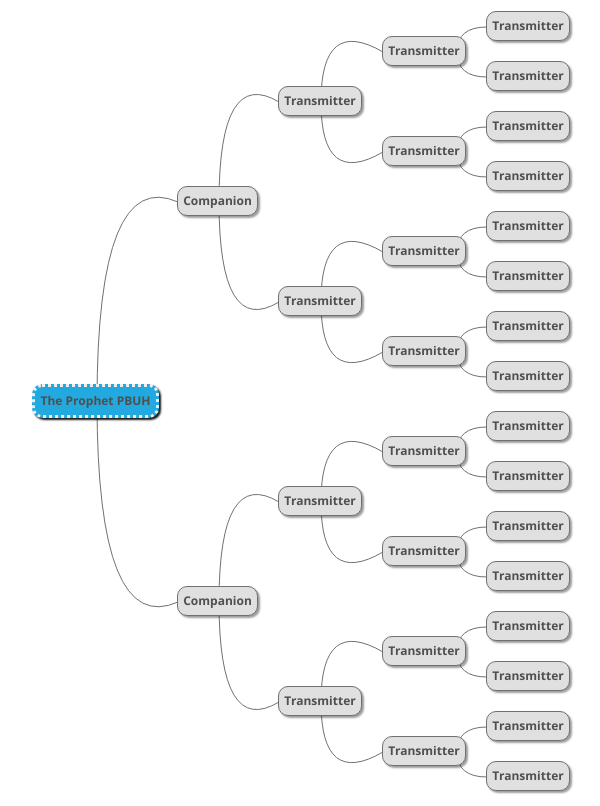 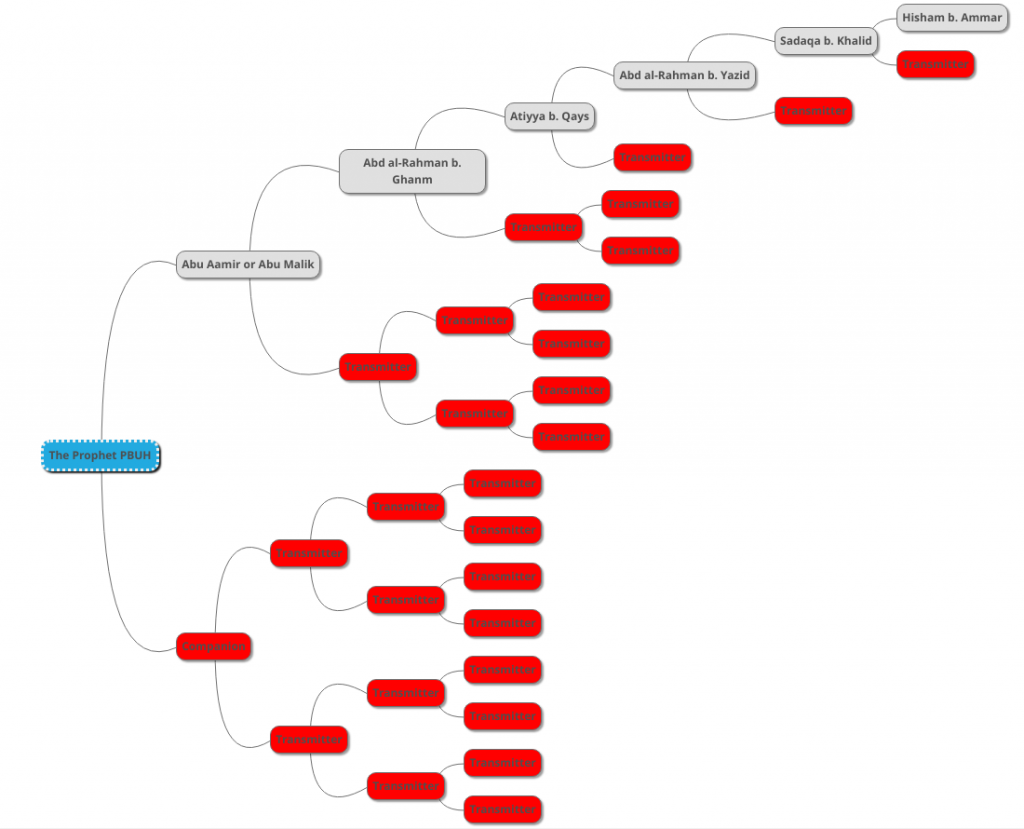 Another reason for considering the hadith unreliable is that it mentions khazz (a kind of clothing) among the things that misguided Muslims will consider halal. Imam Abu Dawud says regarding this clothing:

Twenty Companions of the Messenger of Allah (ﷺ) or more put on khazz. Anas and al-Bara' b. 'Azib were among them. (Sunan Abi Dawud 4039)

This strongly suggests the hadith is fabricated since the evidence from the Companions tells us this clothing is halal, while the hadith in Sahih al-Bukhari says misguided Muslims will wear it.1

All in all, the hadith is unworthy of being in Sahih al-Bukhari and its doubtfulness means that it cannot be used as a basis for any argument against music. The evidence for the Prophet’s toleration of music is much stronger, so that evidence must be given preference over this strange hadith.

Many Islamic scholars reject the idea that music is prohibited. The scholar Ibn Hazm (d. 1064 CE, creator of the “fifth” school of Islamic jurisprudence) considers every hadith that has been used to make music haram fabricated, and considers listening to music the same as taking joy from a nature walk.

The scholar al-Shashi (d. 976 CE) says that Imam Malik permitted music. Imam al-Shafi`i says that there is no clear evidence to prohibit music.

For a very detailed discussion of the relevant evidence on both sides of the debate, see the following (Arabic) article:

Certain types of music can be considered forbidden due to things associated with the music, but that is a different matter.

And God knows best.
Ask a Question
Related articles
Who decides if a hadith is authentic or not?A Muslim who wants to only follow the Quran due to the contradictions in HadithThe morality of sharing music on social mediaProbablistic Hadith Verification: Combining the Science of Hadith with Legal TheorySinging and playing musical instruments is permissible in IslamIslam and magic
« The purpose of bismillahBook recommendations for a beginner to Islam »

One thought on “Listening to Music is Permissible in Islam”