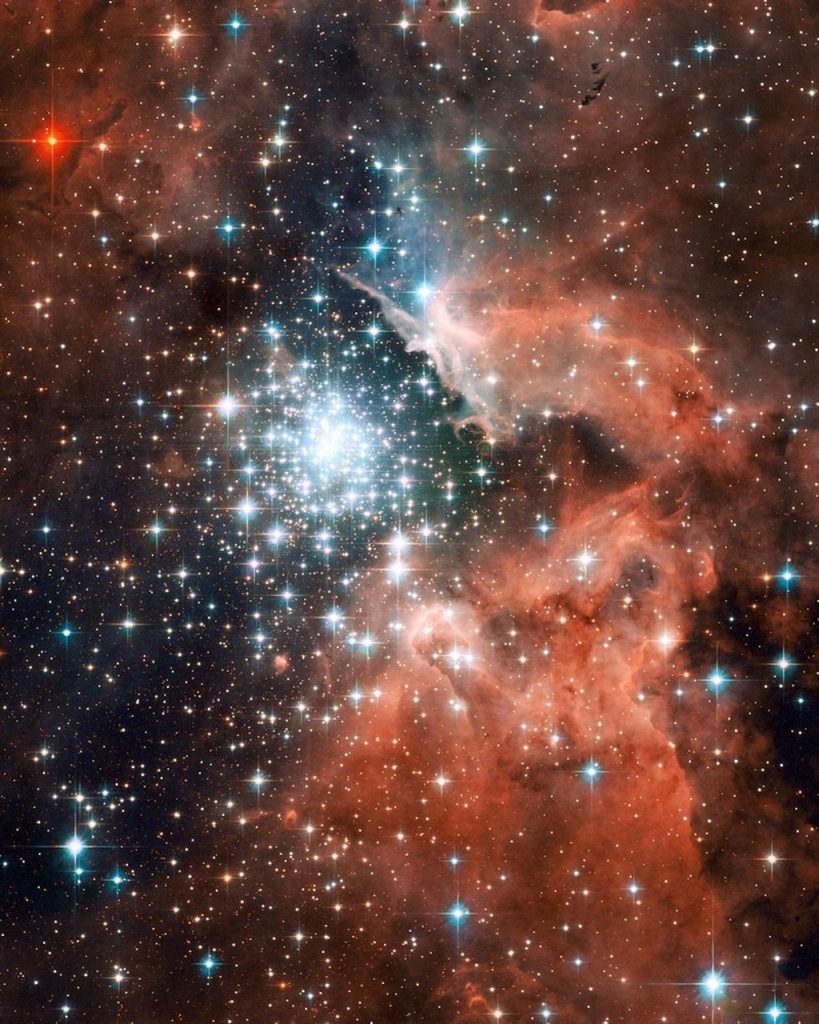 In your essay "God, Evolution and Abiogenesis," you said an atom has no power to move on its own. It is God who has to move every single thing that moves in this world. Given that, does that mean we don't have free will? On the atomic level, it is due to the chemical reactions and the firing of neurons in our brains that we think and make decisions. So, since God is responsible for everything that's in motion (including atoms), then isn't God to blame for all my immoral actions?

Your soul is “plugged into” this universe without being part of it. When you desire to lift up your hand, the desire is yours, therefore you are responsible for this action, but it is God who actually has to move the atoms (and everything else) for your hand to actually move.

When your soul, which is independent from this universe, issues a command, it is fully responsible for this command. But this command is nothing but a feeble wish, it has zero power to change the universe. It is God who has to communicate the soul’s commands to your body, and it is God who has to carry the command out by moving the universe, since nothing in this universe has the power or ability to move or change by itself.

So your soul is free, it is not part of the functioning of this universe. This universe can be thought of as a simulation that is entirely upheld and operated by God. Your soul has no power except to wish for things, and God can transfer these wishes to the body that is temporarily under a human’s control inside our universe. When a person dies, the soul is simply “unplugged” from the universe, and when the person is resurrected, the soul is plugged back into a new body.

Imagine yourself as sitting in a room outside of this universe, holding a remote control that enables you to send commands to your brain and body which are inside the universe. You are responsible for the commands you issue, but you do not have any power or authority to cause a change within the universe. God (or some mechanism laid down by Him) changes the universe so that the command is carried out. He does this so reliably for us that we are tricked into thinking that we have power over this universe.

In reality, the view of the universe we arrive at from the Quran is that it is a simulation-like thing upon which humans have zero power. The human soul is temporarily given the illusion of control over a body, and as the soul issues commands, God moves the body in response, as part of everything else He does in operating this universe.

Saying the soul is independent of this universe does not mean that it is not affected by it. By being plugged into this universe, it experiences it and responds to it. When a human is presented with a temptation, the physical body (and I include the brain in this), which belongs to this universe, responds to it and desires it. The soul, however, maintains final judgment on whether the human succumbs to the temptation or not. The stronger the temptation is, the less room there is for the soul to exert control over the physical body, and the weaker the temptation, the more control the soul has over the body. For this reason we are not always, perhaps never, entirely responsible for the bad deeds we do, the environment affects us and pushes us toward some things. The mistake is in thinking that the environment completely controls us, which is what some atheists say. The Quran says that while the environment affects us, our soul maintains its independence, being able to go against the environment if it wants.

God could prevent all evil from happening, since all that He has to do is stop carrying out an evil person’s intentions, or cause slight changes so that a terrible accident does not happen. I explain why He does not prevent evil things from taking place in my essay Why God Allows Evil to Exist, and Why Bad Things Happen to Good People.

Humans would have had no responsibility for their actions if they were merely brains and bodies, similar to other animals. If things were so, they would be parts of this universe, and everything they do would be a consequence of the motion of particles and forces within the universe, similar to the actions of bacteria in a pond. But when a soul is plugged into the body, the soul “rides” the body, taking charge of it, directing it, and being responsible for it.

At times, the physical body is out of control, such as when under the influence of a drug, or due to mental illness, or due to witnessing some horrible crime. When this happens, when the soul loses control over the brain and body, it is no longer responsible for what the brain and body do until it regains control.

Our responsibility for a sinful act increases as the involvement of the soul increases. If there is no terrible temptation making us partially lose control over the human body that we control, if our sin is done in cold blood while having full control over the earthly body, then this is a far greater sin than a sin done out of overwhelming desire.

This concept also applies to good deeds. A person who forces their unwilling earthly body to do a good deed is going to deserve higher rewards than a person who only does good deeds that make them feel good. It is for this reason that Umar ibn Abdul Aziz says:

The best good deeds are those that one has to force the ego to perform.

The ego is the earthly body’s sense of self. Even if humans had no free will, if they were merely animals, they would still have an ego. This ego makes them seek what they desire and avoid what they do not desire. The soul is an add-on over the ego, able to override it or go along with it. The ego is arrogant, loves pleasures and dislikes work. The soul can submit to it and do as the ego pleases. It can also receive guidance, submit to God and go against the ego when the ego desires something harmful.

You will meet some humans who mostly live inside their egos. The soul has nearly fully relinquished all control, letting the ego make nearly all of their decisions for them. These people are greedy, power-hungry and love pleasures, they are kind and loving toward their own families (since it is an animal instinct to be this way toward one’s own family), but have no empathy or understanding for others. If their child unjustly beats up someone else’s child, they will continue to defend their own child without caring about right or wrong, since they judge things based on the ego, and the ego wants what is good for the human animal’s interests and does not care about justice.

An easy way to find out if someone lives in their ego is to ask yourself, “Will this person help me if helping me required them to do something that gave them some inconvenience and discomfort?” People who live in their egos will generally only help others if helping others is easy and costs them nothing. If there is any cost involved, they immediately ignore the person who is asking for help, treating them as an annoyance to be gotten rid of. But if helping others will bring them fame and praise, they will do it.

The concepts mentioned in this answer are not meant to be used in scientific discussions with atheists, they help explain the Quranic view on these matters for people who have already accepted the truth of the Quran. The concepts in this essay are also useful in discussions with atheists like Sam Harris who falsely claim that the theory of physical determinism proves free will wrong. If the universe was physically determinate, there would be no free will. But there is no proof for this, as I will explain. What they say is similar to saying “If God did not exist, then there would be no God.” In reality, we can have a perfectly scientific universe that appears physically determinate, while also having free will that operates in parallel to it, and which to a scientist appears either as randomness or as a chaotic and emergent behavior

And God knows best.
If you have a question, please email me at contact@hawramani.com
Related articles
An Islamic answer to Sam Harris and other deniers of free will
« Should Muslims boycott the Hajj because of Saudi repression and war crimes?What to do if you cannot find interesting and like-minded Muslims to befriend »

2 thoughts on “Islam’s theory of free will versus physical determinism: Why humans are responsible for their actions even though God operates the universe”