Asbaq (transliteration: Asbaq, Arabic: أسبق) is an Arabic name for boy that means “advanced”, “ahead of the rest”, and figuratively “one who achieves something/reaches something before anyone else”. It is the comparative and superlative form of sābiq, whic means “first”, “foremost” (as in the first horse in a race).1

Below is the name Asbaq written in Arabic naskh script: 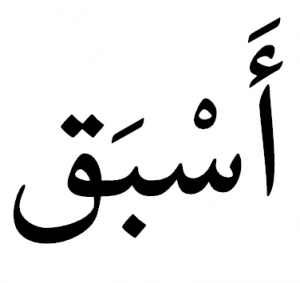 Below is the name Asbaq written in Arabic kufi script: 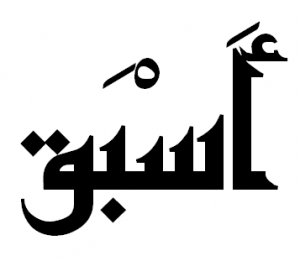