Aftas (transliteration: Afṭas, Arabic: أفطس) is an ancient Arabian name for boys that means “one who has a wide nose”1 (as opposed to a long or sharp nose).

named al-Aftas (his last name is not known).

Below is the name Aftas written in Arabic naskh script: 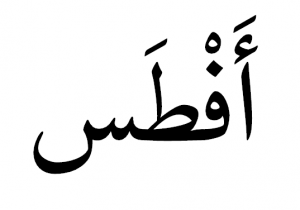 Below is the name Aftas written in Arabic kufi script: 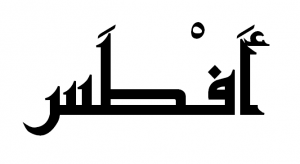